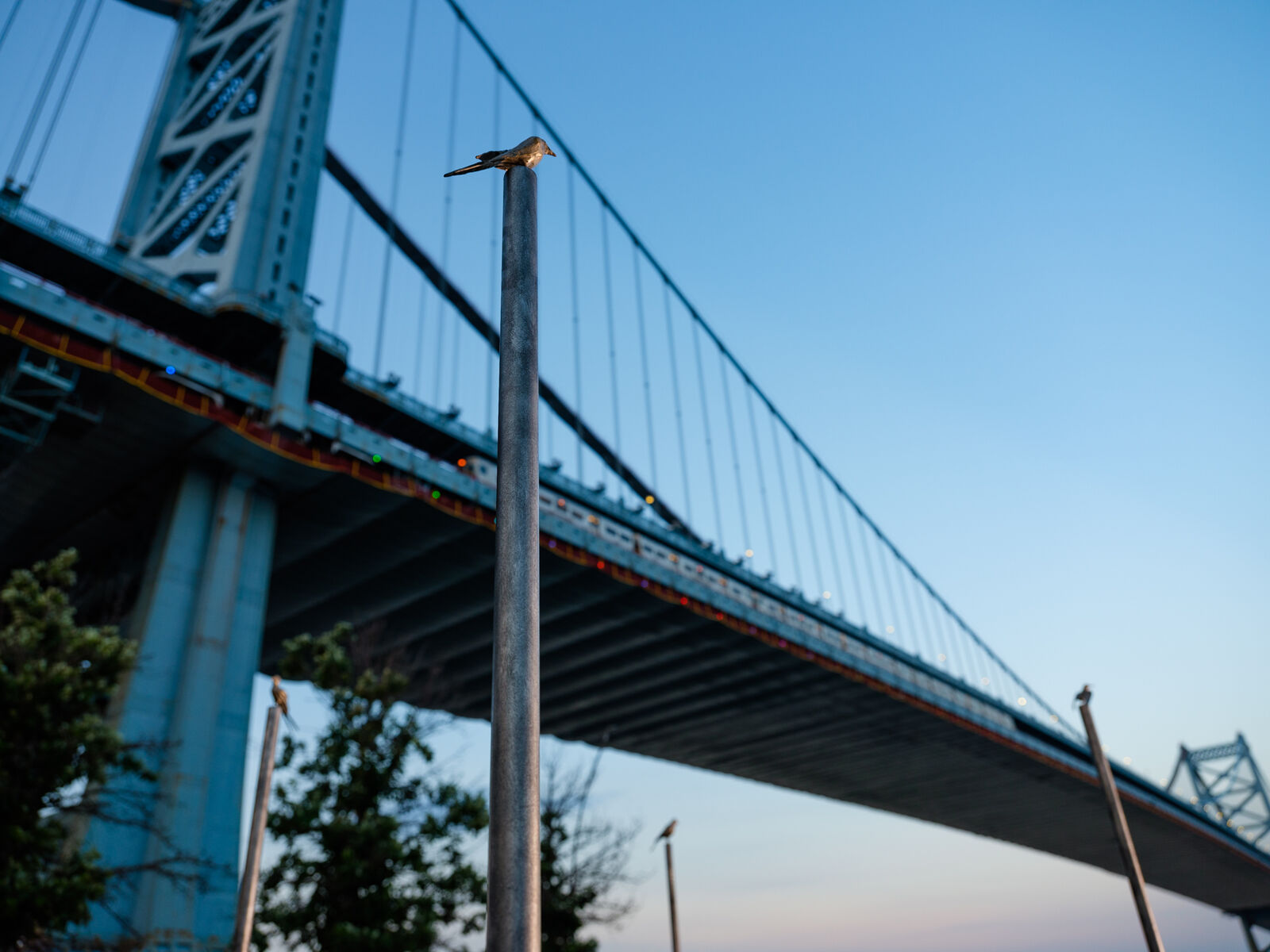 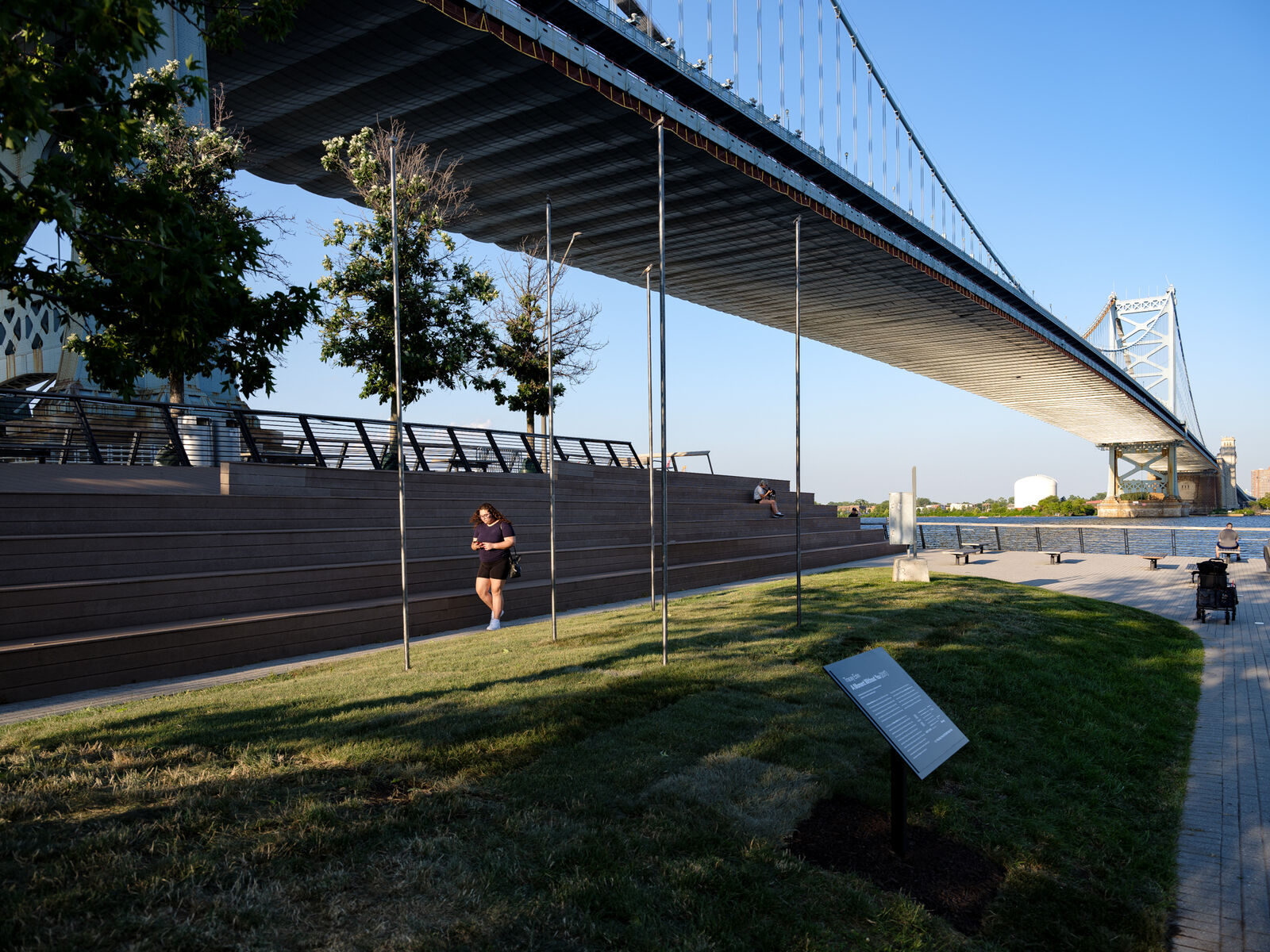 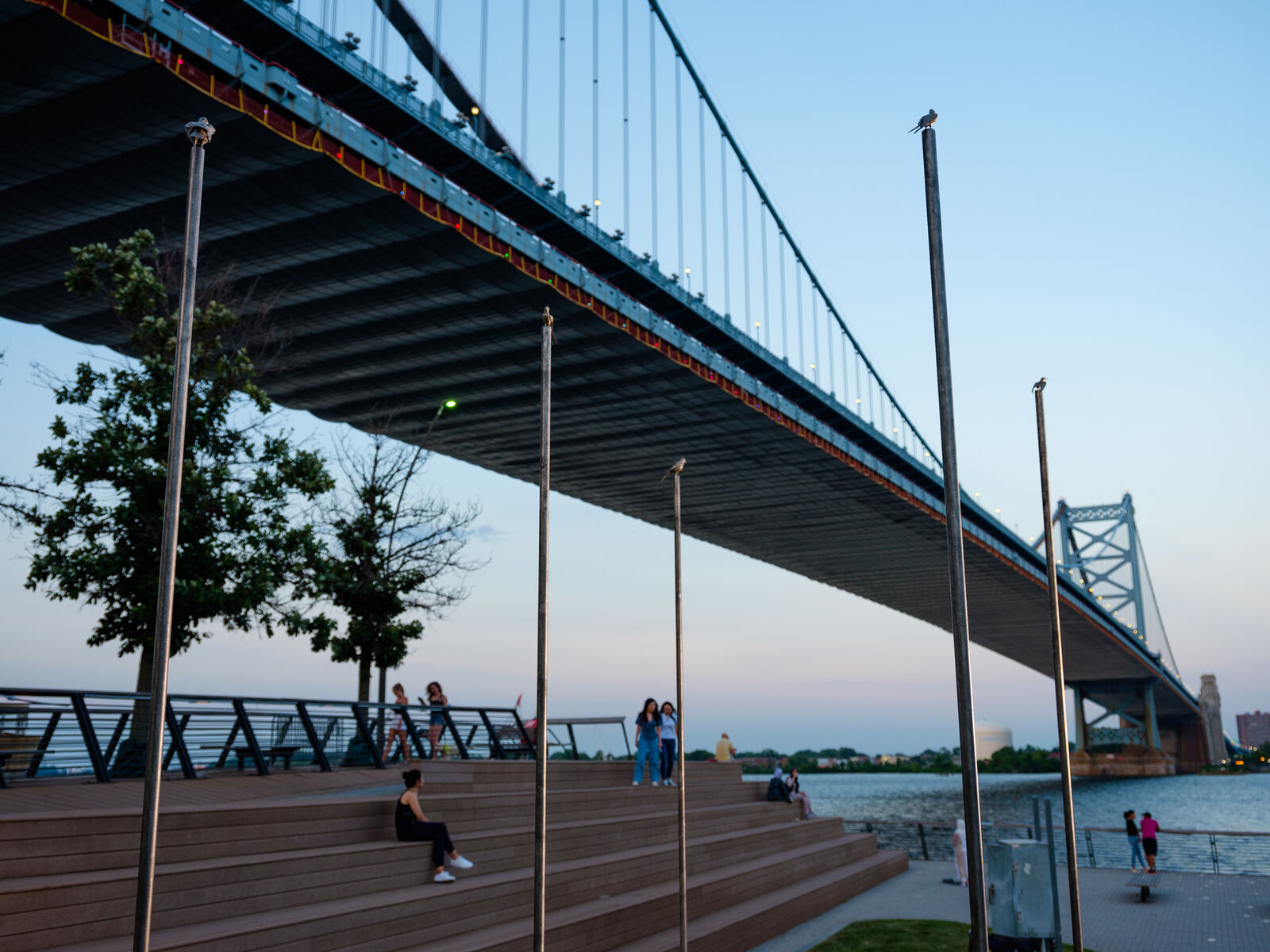 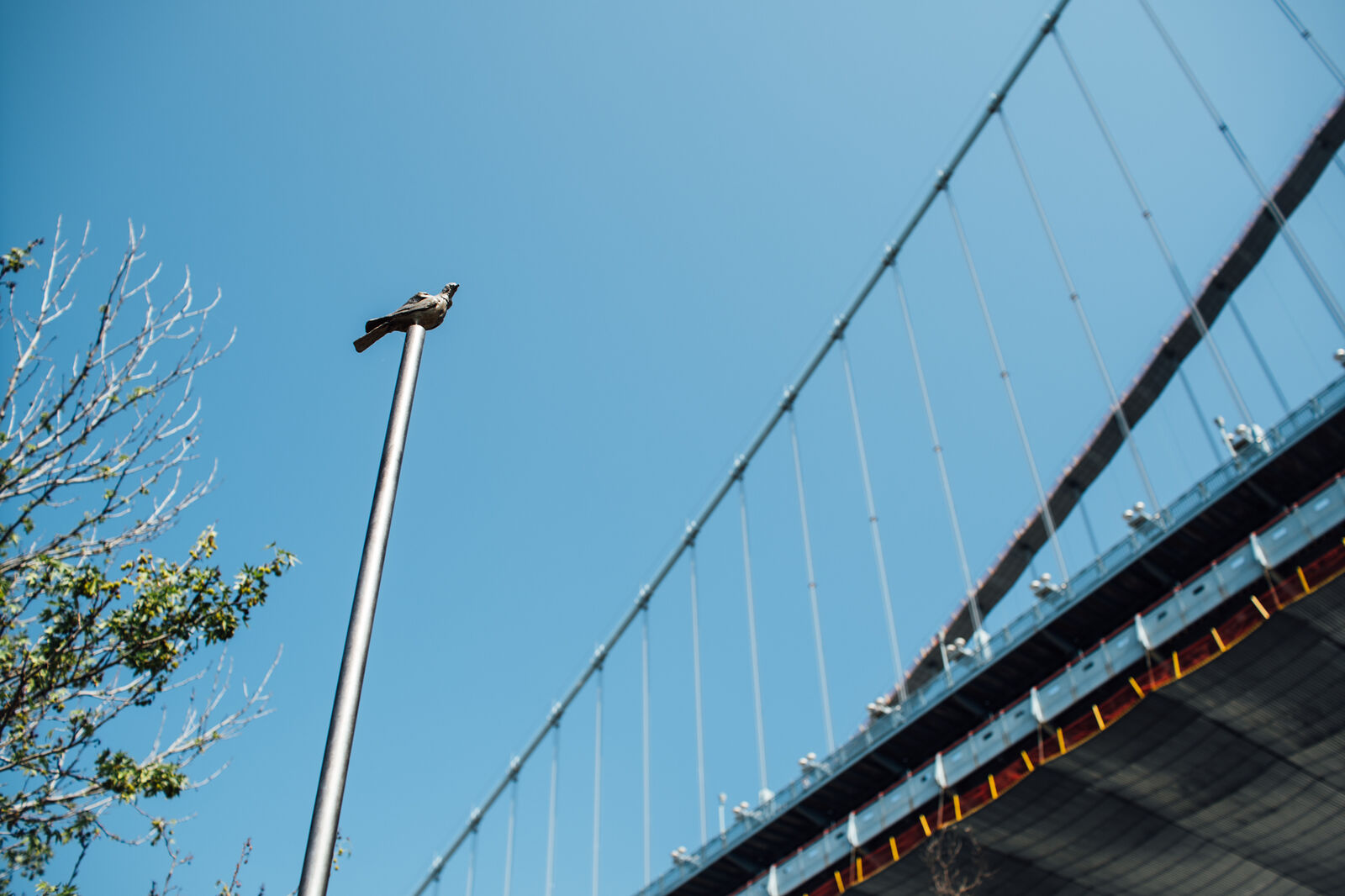 Back to Project Index
TAGS: Sculpture

ADA compliant and has parking available.

Water Marks is a new, multi-year program of rotating installations at a variety of sites along four miles of the Delaware River Waterfront. The title references the term “high-water mark,” the point at which a body of water is at its highest. To live and work along the water in our current historical moment is to witness the ways in which precarity, specifically precarity caused by climate shifts, extreme weather, and industrial shortsightedness, threatens to upend our lives and livelihoods. Water Marks will be an invitation for contemporary artists from a range of practices to respond to this precarity, as well as the river’s possible futures, making their own temporary marks along the Delaware River.

The first installation in Water Marks is A Moment Without You, an elegiac public sculpture by acclaimed British artist Tracey Emin. The work features five diminutive cast-bronze songbirds  perched atop monumental 13-foot poles, and was titled and conceived as an expression of Emin’s grief over the death of a close personal friend. Presented in the wake of over a year of grief and distance as a result of the global Covid-19 pandemic, A Moment Without You takes on another layer of meaning: a symbol of the lightness and delicate nature of hope in the face of communal loss.

In 2011, Emin was appointed Professor of Drawing at the Royal Academy of Arts, London, and in 2012 was made Commander of the Most Excellent Order of the British Empire for her contributions to the visual arts.