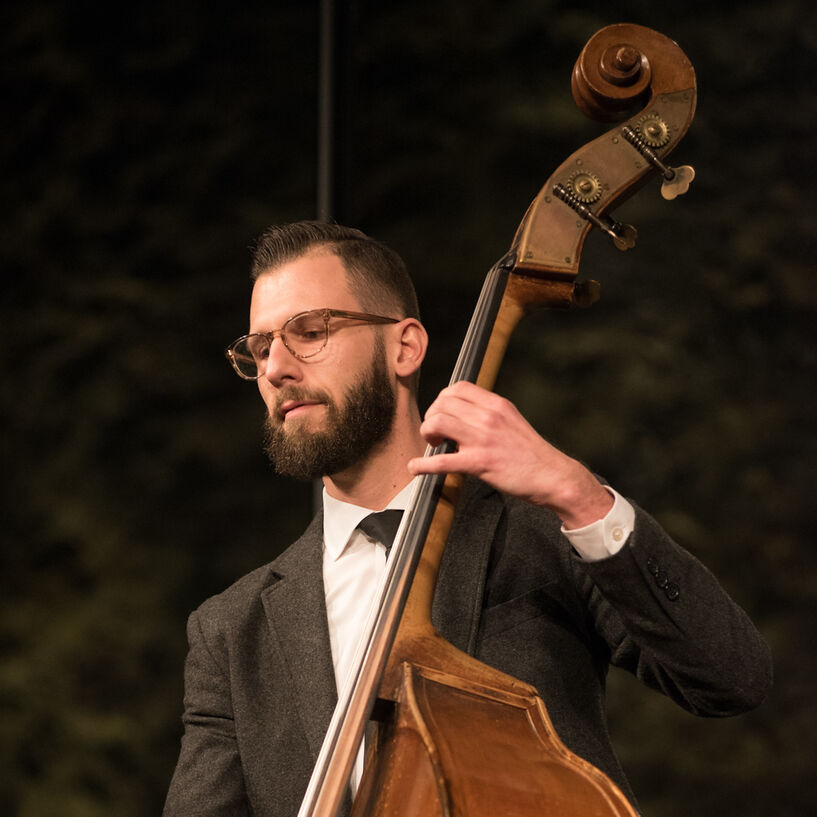 He has toured in Amsterdam playing the Hague jazz festival and also the Detroit jazz festival. Justin has performed in such venue's as the Kimmel Center, Carniege Hall, Jazz at Lincoln center, Chris' Jazz cafe and Ortliebs jazzhaus. Mr. Sekelewski has been working as an instructor with the jazz combos at the University of Pennsylvania for the past four years. He also maintains a private studio of acoustic and electric bass students. Among many other groups that Mr. Sekelewski works with consistently, one has released their debut recording which is Najwa Parkins and the After Hours trio “Not The Next Someone Else”. The group was recently a 2012 featured artist at the legendary jazz club The Deerhead Inn.